You are here: Home1 / News2 / Initiative WestMED at ‘Feira do Mar’ event

Fórum Oceano, the Portuguese National Hub, presented the Initiative WestMED during the event ‘Feira do Mar’, that took place in Sines, Alentejo, Portugal, from the 12 to the 14 July 2019.

The presentation occurred in the framework of a Conference focused on Maritime Commerce: From Sines (Portugal) to the World, with the presence of Portuguese stakeholders, namely representatives of Associations, Port Authorities, the National Maritime Authority, Public Administration, Companies, Universities and R&D Centres.

Fórum Oceano aimed at explaining the Initiative’ s goals and implementation, giving some information about the activities held and the next steps. This presentation had the support of Sines Tecnopolo, regional stakeholder that is involved in WestMED.

Besides the presentation, the Initiative WestMED was also represented at the exhibition area, at the Fórum Oceano’ s booth. 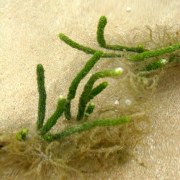