You are here: Home1 / WestMED Initiative at a glance

The WestMED Initiative has been initiated by the Union for the Mediterranean with the support of the European Commission to help achieve a safer and more secure maritime space, create a smarter and more resilient Blue Economy and improve the maritime governance for the western Mediterranean.

Common interests
The WestMED initiative is the result of years of dialogue between ten countries in the western Mediterranean region involved in the ‘5+5 Dialogue’: five EU Member States (France, Italy, Portugal, Spain and Malta), and five Southern partner countries (Algeria, Libya, Mauritania, Morocco and Tunisia). These countries are ready and willing to work together on their shared interests for the region: to increase maritime safety and security, promote sustainable blue growth and jobs, and preserve ecosystems and biodiversity.

Political push
The Initiative follows up on the Euro-Mediterranean Ministerial Declaration on the Blue Economyendorsed by the Union for Mediterranean (UfM) which took place on the 17 November 2015, inviting the participating countries to explore the added value and feasibility of appropriate maritime strategies at sub-regional level, and build on the experience of the 5+5 Dialogue.

In October 2016, Foreign Affairs Ministers from Algeria, France, Italy, Libya, Malta, Mauritania, Morocco, Portugal, Spain and Tunisia encouraged further work on an initiative for the sustainable development of the blue economy, alongside the Union for the Mediterranean Secretariat. 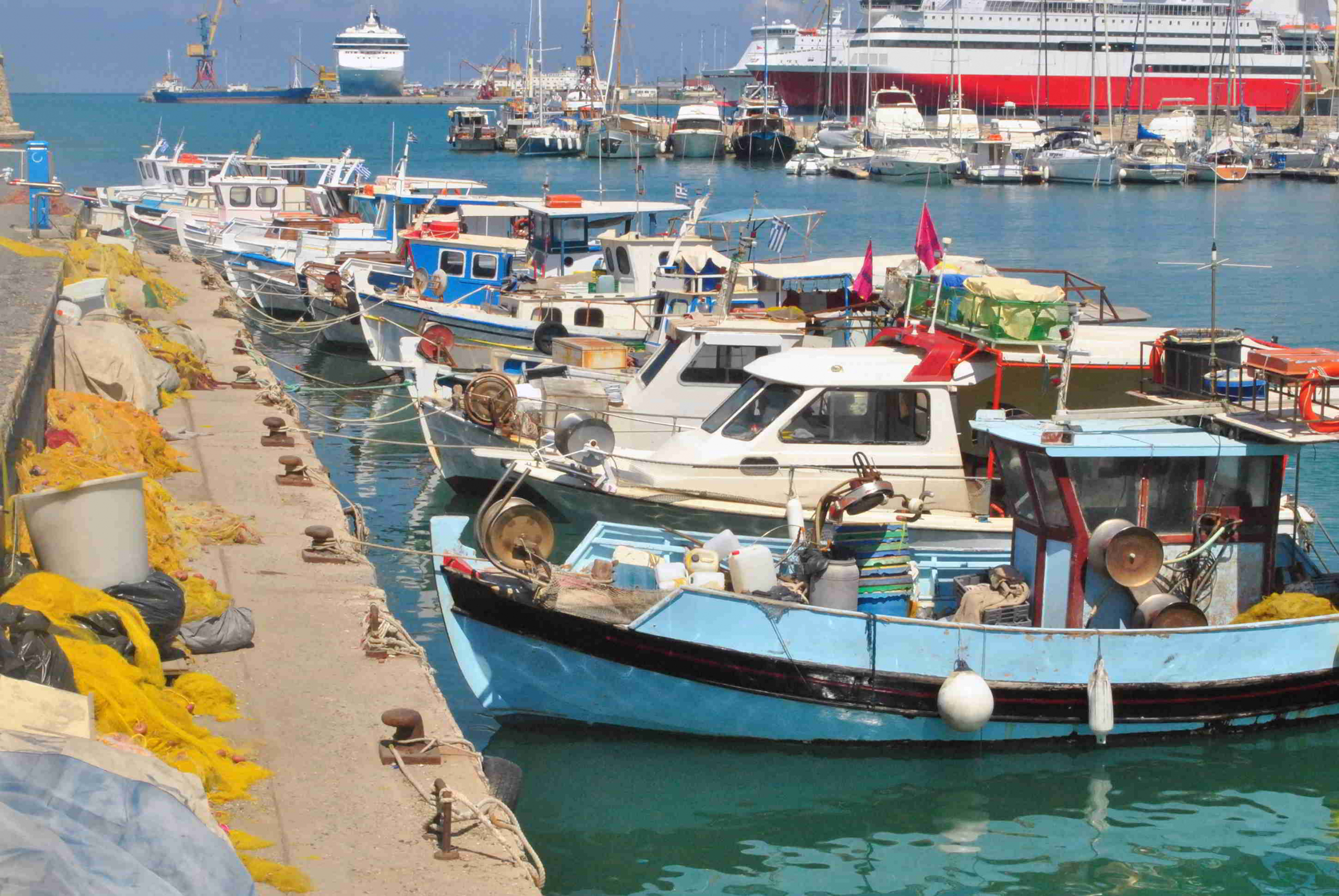 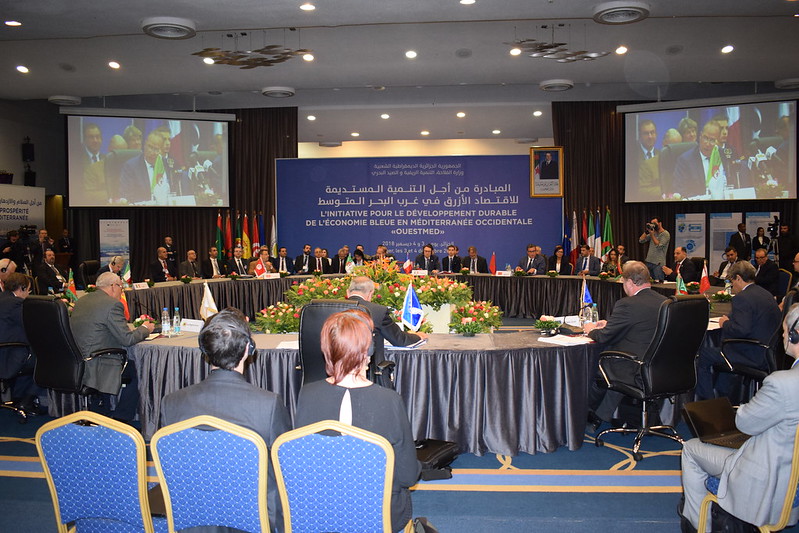 The Initiative is based on the European Commission’s long-standing experience with sea basin and macro-regional strategies (such as the Atlantic Strategy, the EU Strategy for the Baltic Sea Region and the EU Strategy for the Adriatic and Ionian Region). It also builds on other EU policies linked to the region, such as the European Neighbourhood Policy Review priorities and the recent Communication on International Negotiations in the western Mediterranean.

The Initiative for the sustainable development of the blue economy in the western Mediterranean region was adopted by the European Commission on 19 April 2017 and endorsed by the Council of the EU on 26 June 2017. In its Conclusions on Blue Growth, the Council of the EU has also invited the participating countries, the European Commission and the Union for Mediterranean (UfM) Secretariat to take forward its implementation in coherence with all the other initiatives, which are taking place in the region.

On December 4 2018, in Algiers, the 10 Ministers of the Western Mediterranean countries, together with the European Commission and the Union for the Mediterranean, adopted a declaration to strengthen regional cooperation on the WestMED initiative.

The signatories agreed on a common roadmap for the development of a sustainable blue economy in the sub-basin to generate growth, create jobs and provide a better living environment for Mediterranean populations, while preserving the services performed by the Mediterranean ecosystem.
In this roadmap, 6 priorities were agreed upon:

On February 2, 2021, the Union for the Mediterranean (UfM) held its Second Ministerial Conference on Sustainable Blue Economy aimed at improving maritime governance and at intensifying joint efforts to foster the sustainable blue economy development in the Mediterranean.

The Conference also addressed the growing environmental and climate-related challenges that the Mediterranean region is facing, and tackle the unprecedented socio-economic crisis that the COVID-19 pandemic has generated.

In the framework of this Conference, Ministers from the 42 UfM States have adopted a new Declaration on Blue Economy, where they recognise the WestMED initiative as a successful example of cooperation and a catalyst for the development of sustainable blue economy. 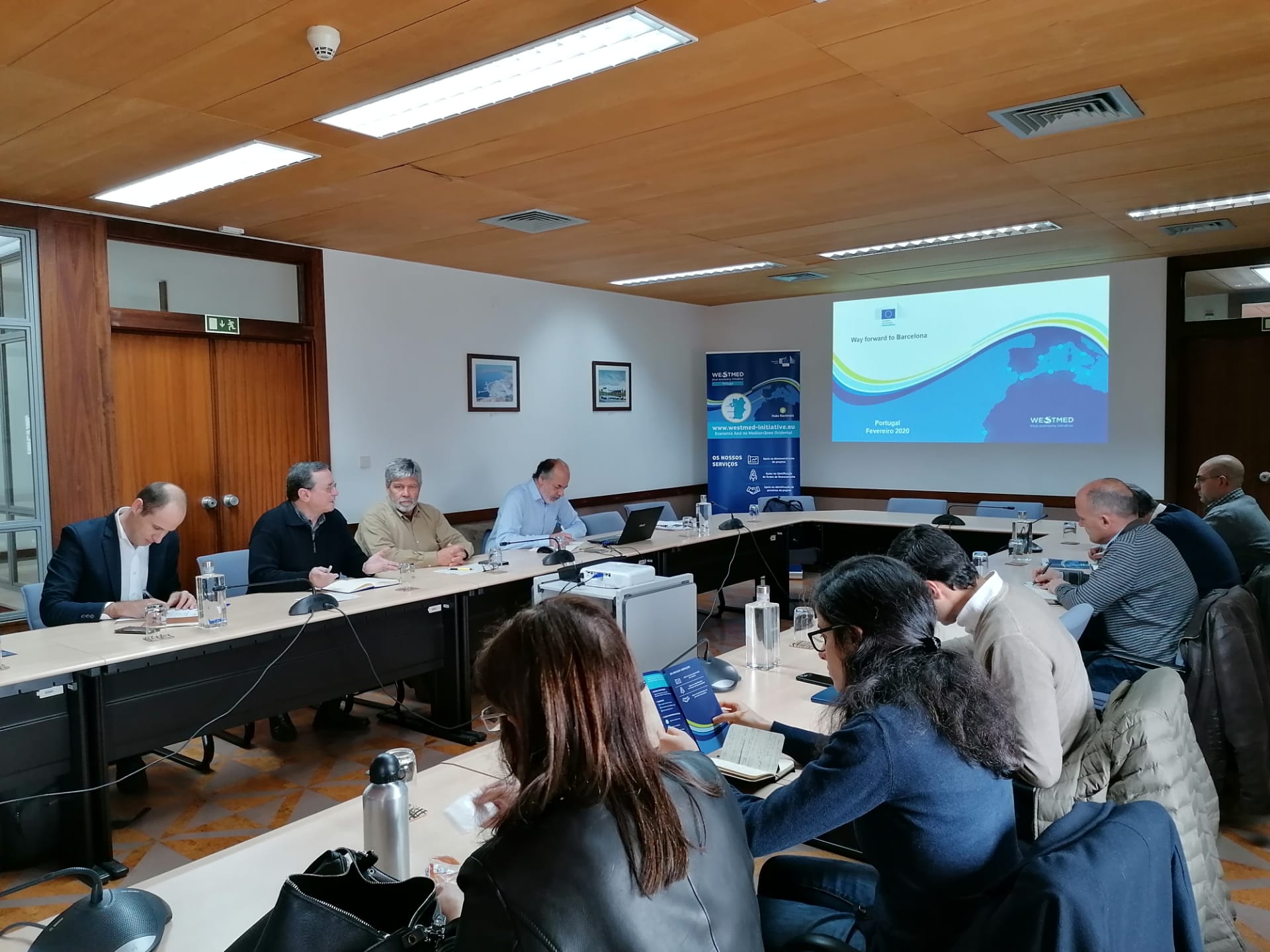 In drafting this initiative, the European Commission emphasized the importance of involving all relevant actors and stakeholders to ensure all their interests and concerns are duly taken into account  to provide every possible opportunity for coordination and cooperation.

Stakeholders were involved through a series of communication initiatives ranging from stakeholder meetings on both sides of the western Mediterranean, to newsletters, social media, a dedicated website and a large-scale conference.

The EC Framework for Action

The Framework for Action  outlines the steps to achieve the initiative’s goals and priorities. The Framework for Action was drafted and endorsed following an extensive, bottom-up consultation process, involving a wide range of stakeholders from the region: international, national, regional and local authorities, the private sector, academia and civil society.

A number of priorities and targeted actions have been set for each goal. Relevant projects will be submitted for funding to calls launched  by existing international, EU, national and regional funding and financial instruments. This should create leverage and attract funding from other public and private investors.

The Initiative in Action

The WestMED Initiative has been created to help public institutions, academia, local communities, small and medium-sized enterprises and entrepreneurs from both sides of the Western Mediterranean develop local and regional maritime projects together.

It focuses on local and regional challenges, provides knowledge on the blue economy, shares opportunities in the region with the WestMED Community, helps match stakeholders with the right partners, and supports them in developing successful projects.

Although the initiative focuses on the western Mediterranean region and the 10 countries that constitute the 5+5 Dialogue (France, Italy, Portugal, Spain, Malta and five Southern partner countries – Algeria, Libya, Mauritania, Morocco and Tunisia), its scope of action and potential benefits could easily extend beyond this sub-basin. Therefore, depending on the needs to be addressed and on the willingness to cooperate, actions may involve partners in the whole  Mediterranean while remaining open to others.

Supporting a vibrant community response to growing diversity and complexity

The western Mediterranean Steering Committee (WestMED Steering Committee or WMSC) provides high-level stewardship for the implementation of the Framework for Action. It ensures operational coordination, provides guidance and necessary support to ensure the initiative’s expected results are achieved, and monitors its implementation. The WMSC is supported by technical working groups, which are comprised of representatives with technical expertise designated by the participating countries.

The WestMED Steering Committee includes national coordinators from the relevant ministries from participating countries (except Libya), the European Commission and the Union for the Mediterranean Secretariat, as well as observers from International Organizations and financial institutions.

The Assistance Mechanism is the practical support arm. They work closely with the western Mediterranean Steering Committee (WMSC) and its Technical Working Groups by offering operational, logistical and administrative support. Support also includes organising events, webinars and drafting of working documents and the revision of the Framework for Action, including definition and quantification of targets, indicators and baselines. The Assistance Mechanism also offers practical project-support through their representatives (National Hubs) in 9 different countries.

Read more about the Assistance Mechanism and the National Hubs