You are here: Home1 / in-my-country-22-Portugal

As part of the series of national events organised by the Assistance Mechanism, Fórum Oceano as Portugal National Hub of WestMED Initiative in cooperation with the National Coordinator Directorate General for Marine Policy – DGPM , will host on the 28th September a national event in Lisbon at Hydrographic Institute, where it will present the main achievements and challenges of the WestMED initiative in Portugal.

The focus will be on how clusters could work in promoting an innovation ecosystem and attracting funding for a Blue Med Economy. 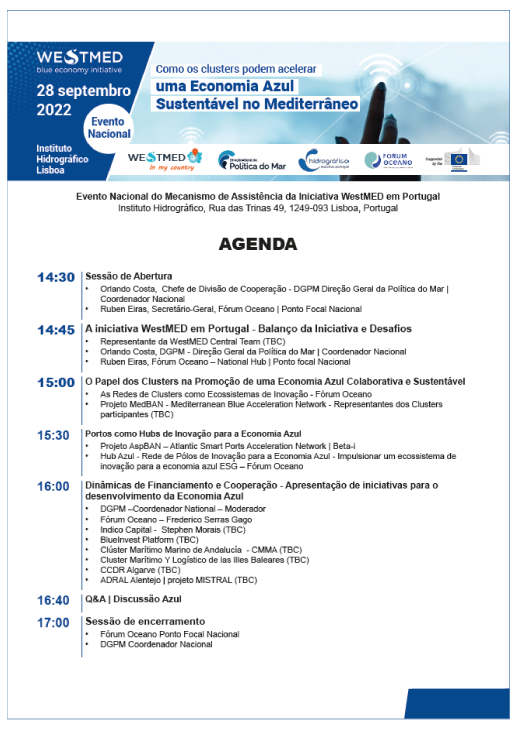 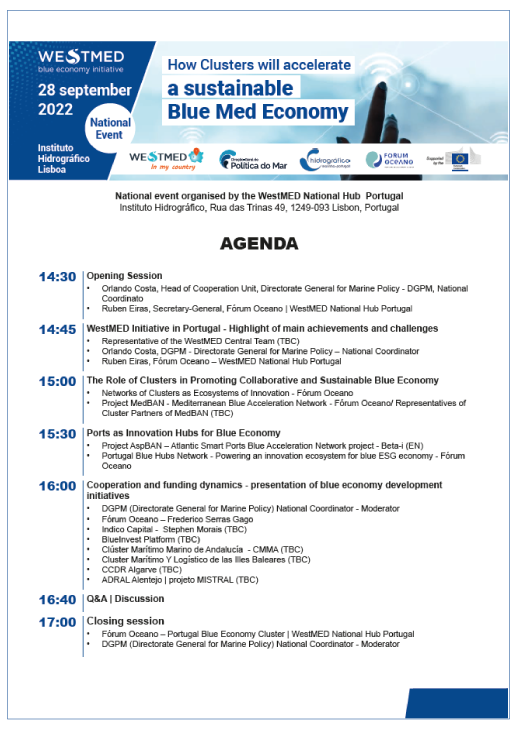