On Monday 3 December 2018, the ‘Stakeholder conference: Towards concrete ‘blue’ actions in the western Mediterranean’ was held in Algiers, Algeria, organised by the European Commission and the Co-Presidency of the Initiative for the sustainable development of the blue economy in the western Mediterranean (WestMED Initiative), with the support of the WestMED Assistance Mechanism. 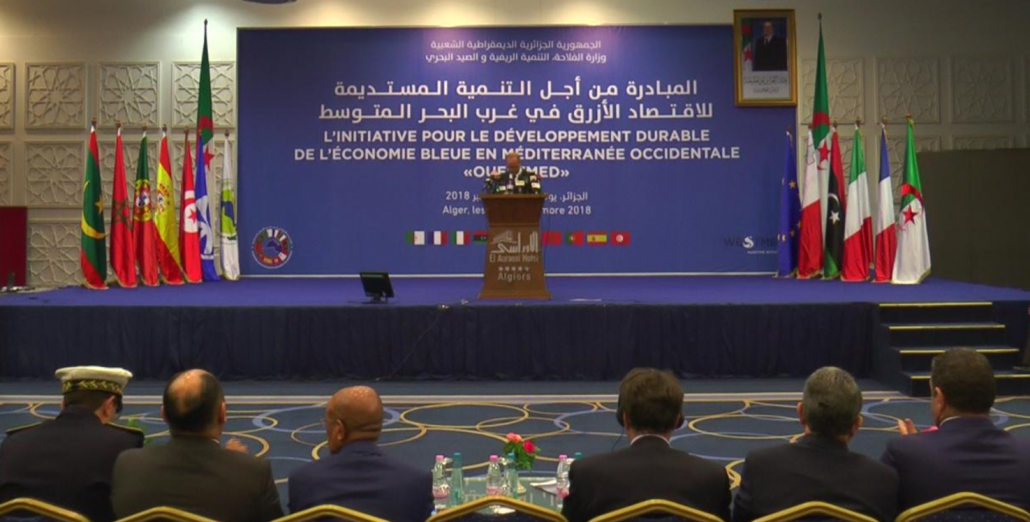 The Stakeholder Conference brought together more than 250 representatives of the maritime sector, including businesses, researchers, and institutes, as well as national and local authorities of the Western Mediterranean countries. The event focused on the exchange of project ideas, aiming to promote concrete project development among regional stakeholders operating in the maritime sector.

The Final Report is now available, recapping on the main outcomes of the sessions.

The plenary session on ‘Paving the way for concrete action in the western Mediterranean’ provided a comprehensive overview of existing funding opportunities that can be used to support the development of blue economy projects in the region – such as the EMFF call and INTERREG programmes.

The Assistance Mechanism which was set up by the European Commission to boost the implementation of the WestMED Initiative is following up with participants and other interested stakeholders to further assess and support project ideas with greater innovation potential, help build partnerships and discuss concrete ideas and actions amongst partners.

Following the Stakeholder Conference, the 2nd Ministerial meeting on the sustainable development of the blue economy in the western Mediterranean took place in Algiers on 4 December 2018, and reiterated the commitments made at the Ministerial meeting in Naples (November 2017).

The resulting ‘Declaration of Algiers’ confirms the on-going support of cooperation efforts towards the implementation and success of the WestMED Initiative, in partnership with the European Commission and the UfM Secretariat, which seeks to carry out the projects identified under the WestMED Initiative and ensuring their added value and impact.

The Declaration is accompanied by a Roadmap, which sets out the priorities for action, provides guidelines to the Steering Committee and Assistance Mechanism for future activities within the WestMED Initiative, and highlights possible contributions to the next calls for proposals to be launched by the European Commission.

Also annexed to the Declaration is a Working document, listing specific projects and initiatives linked to the Initiative’s priorities for action.

The documents are available here.

Serena Vitale – Delegation of the European Union to Algeria